However, when looking at the writing sample for 7th grade, a product of an EL Education ELA module, it is clear that the student was able to consider a perspective outside of herself, as she wrote in the voice of Frederick Douglass, and make interdisciplinary connections while seeing patterns and relationships among texts. Lastly, the 8th grade English I Honors sample, a product of an Engage NY module, the student continues her learning in looking for connection, patterns, and relationships among texts, as well as understanding the larger concepts and ideas of the unit.
Grade 7                                                                                                               Grade 8
​Evidence Block Two: Take A Stand Debates
Each year, in social studies classes, our eighth grade students research amendments, craft arguments, and conduct debates as a part of the “Take A Stand” expedition. In reflection over student work produced during preparation for the debates, teachers noted that students demonstrated weaknesses in developing “quick-fire” arguments and rebuttals using evidence-based research. It was clear that there was need to engage students in more critical thinking so that they were identifying connections, patterns and relationships, as well as considering multiple perspectives. Through an intentional focus on critical thinking during the research process, students were better prepared to respond to one another in debate, as well as craft authentic rebuttals that anticipated argument and answered opposing points using evidence-based research.
In addition to benefiting from the scaffolding process, the students were also able to participate in the Constitutional Convention simulation before preparing for the final debate. This simulation allowed students to think critically to problem-solve the issues the young nation faced in writing the constitution. The Constitutional Convention Simulation showed students the importance of having a strong rebuttal to win their argument or build consensus. Students argued from their assigned state delegate perspective, and as a result, strengthened their ability to incorporate rebuttals into their arguments.
​ 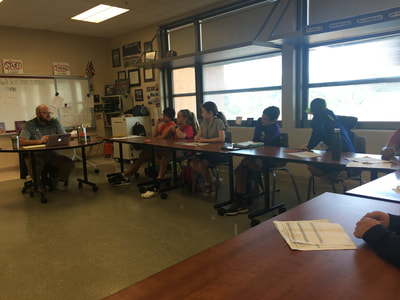 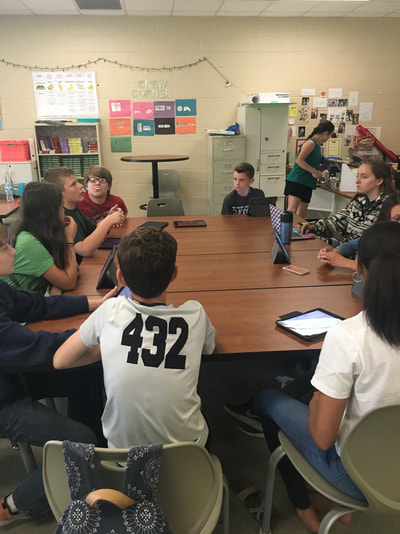 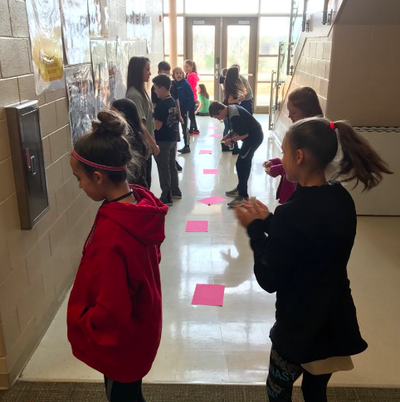